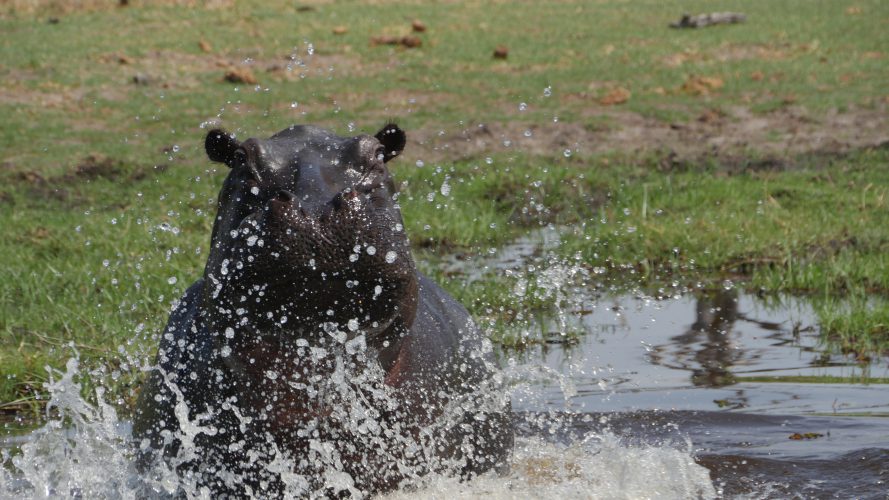 Anyone planning a safari will come across the term “Big Five”. It was originally a hunting term used to describe the five most ferocious animals to bag. Luckily these days most animals that are spotted on safari are shot with cameras. But the term “Big Five” has remained popular and is now happily used by those marketing safaris. The “Big Five” (in case you didn’t know) are the elephant, lion, leopard, rhino and Cape buffalo. There’s also a “Little Five“, a cute pantheon of animals whose names relate to that of the “Big Five”. The “Little Five” include the: Buffalo weaver, Ant lion, Rhino beetle, Leopard tortoise and Elephant shrew.
The “Fun Five”
We at African Portfolio have decided to embark on a new grouping of animals that we know our clients love to see (and we do too). Without further ado, here are our picks for Africa’s “Fun Five” on safari….

What’s Your “Fun Five?”
There are of course lots of fun runners-up to this list.

We wanted to include penguins but they can only be seen near Cape Town and not on a regular African safari circuit. The aardvark was also omitted because it’s quite a rare sight. The ostrich was nominated, but while amusing, was not considered “fun” enough to make the cut.
What animals would be on your “Fun Five” list? Please let us know by leaving a comment below.